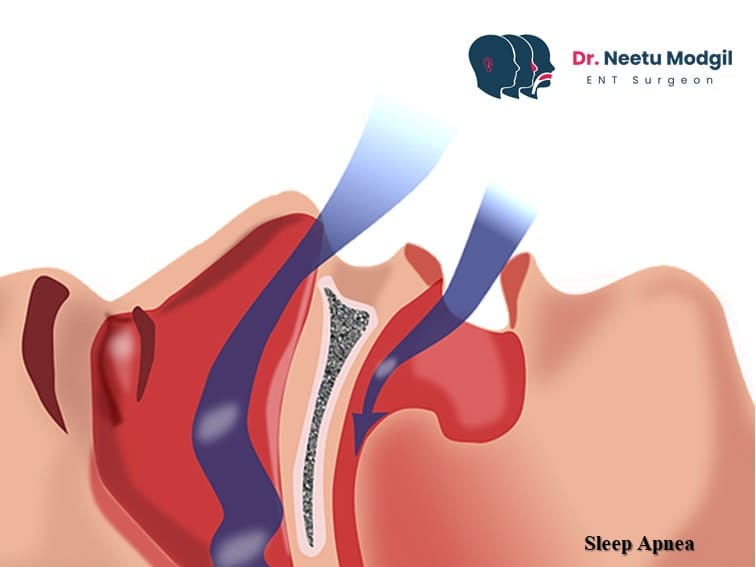 Can Sleep Apnea Cause Memory Loss?

Sleep apnea and memory loss: Sleep apnea is a frequent sleep disorder in which breathing is interrupted while you rest. Those who suffer from the ailment may have weak breathing or cessation of breathing entirely for short periods of time during the nighttime. The illness can cause a heart attack and stroke if goes untreated, but what is the link between sleep apnea and loss of memory? Let us try to understand.

Morning headaches, disorientation, and amnesia are all symptoms of sleep apnea. While sleep apnea has been related to memory loss, there is no way of confirming if it causes it. Your oxygen concentration also declines when you stop breathing while sleeping. Hypoxia is a condition in which there is a lack of oxygen in the blood, which might have an effect on your cognitive functions.

Sleep apnea and memory loss: The link between sleep apnea and cognitive deterioration has been suspected for a long time. However, scientists recently found that those with sleep-disordered breathing (OSA) had an earlier onset of moderate cognitive decline than those who did not.

Mild cognitive decline occurs when your memory is harmed to the point where it is visible to others, but not to the point where it interferes with your everyday activities. Individuals with modest cognitive deterioration may experience amnesia or forgetfulness about recent occurrences. They frequently need to jot down notes to alert themselves of tasks that they might otherwise overlook. These are some frequent causes of reversible memory loss –

Sleep apnea and memory loss: Sleep apnea has an impact on the way your brain works, particularly the areas responsible for cognitive processing. ‘ It can drastically harm your memory if left unchecked. The excellent news is that our mind’s grey matter, which predominates in memory-related areas, is susceptible to regeneration. However, a timely and gradual solution to the problem can restore your memory to its former glory.

To learn more about sleep apnea and different types of treatment options, meet Dr. Neetu Modgil – and also enquire her about the sleep apnea test.